The other day, Austin Kleon tweeted:

I'm in the mood to do something stupid: retweet this link to #StealLikeAnArtist, & I'll tweet a mini-blackout at you: bit.ly/snvIu4

This was a promotion for his new book Steal Like An Artist, which is great by the way. So I retweeted, and a few days later I have a personalized1 newspaper blackout: 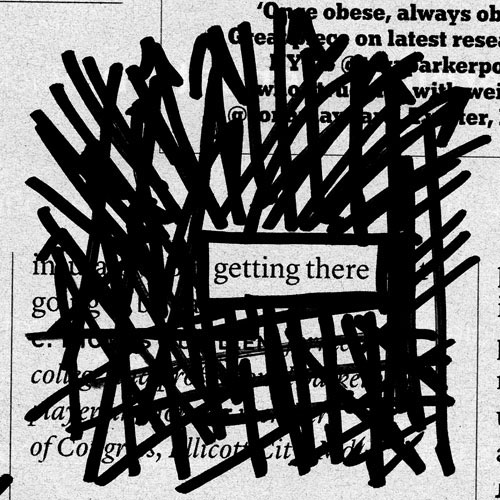 Amazing. It’s pretty incredible to me that I can buy a book, and a few days later get a piece of personalized art from the author. I can’t think of a time it’s been so easy to connect with the people whose work you admire.

1I use personalize loosely here. Austin doesn't know me, and wasn't thinking about who I am as a person when he made it. Though I did think "getting there" felt strangely appropriate.