Rarely does a new app come about that makes it into my workflow, but I’ve been using Slicy (previously called Layer Cake) for about 6 months now and it’s indispensable. Slicy is a Mac app that’s made just for exporting assets from a Photoshop PSD.

The app is deceptively simple by looking at a screenshot, so it might be hard to see the utility: 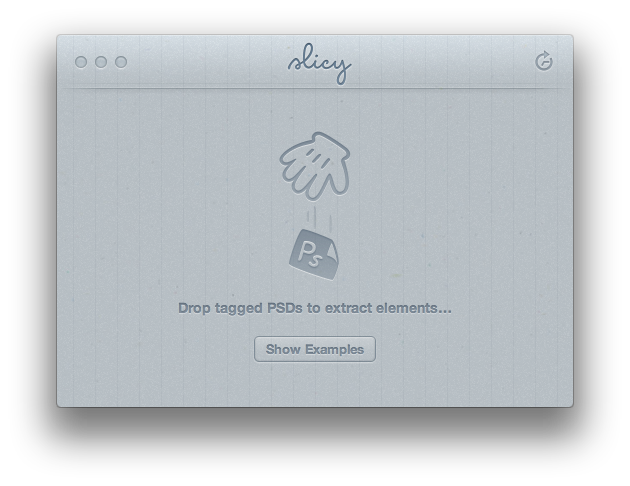 You drag in your PSD and it automatically finds all the tagged layers, and gives you the ability to export all of them or just drag out the ones you need. The tags are based on photoshop layers or groups and can give Slicy instructions about how to name and export the file. When you have a group named “button.png+@2x” for example, it would automatically create a scaled 2x version of your image, and name them “button.png” and “button@2x.png”, respectively. Slicy will even automatically figure out the bounds of the image so you don’t have to specify it yourself, but of course it also gives you that ability if you need more control. When you save a Photoshop document that is open in Slicy, it will automatically update all the assets. 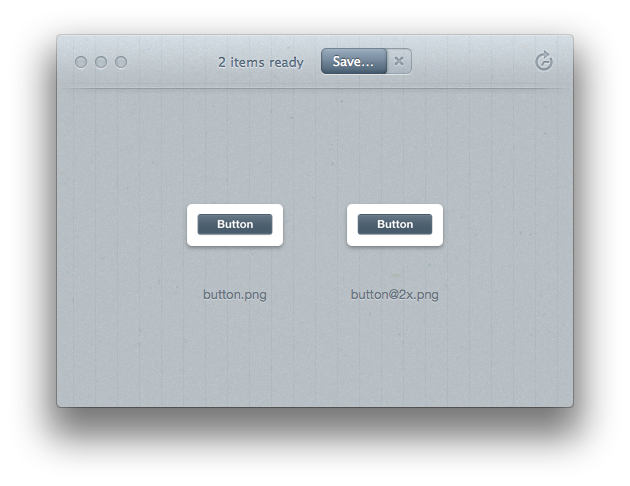 You can’t tell from the screenshot, but the @2x version is exactly twice the size of the @1x version, and scaled up correctly.

Now, you might think you don’t need a separate app just for exporting images from Photoshop, but you’d be wrong. Photoshop has always had built-in slicing and exporting tools, but I’ve never found them to be intuitive to use. I can’t tell you how many times I’ve had large Photoshop files where I wanted to slightly change the layer style on a bunch of layers, and dreaded it since I knew it would be a pain to re-export them all, but Slicy has made that a non-issue.

So, if you use Photoshop, go buy Slicy.